It's been a few weeks now since we returned from our fantastic trip 'down under' but I did not want to say goodbye to Australia without one further blog about our wine experiences there. Our visit to Barton Jones Wines was without doubt one of the most enjoyable experiences of our holiday and a highlight of our trip to Western Australia's south west and the Margaret River wine region.

﻿﻿﻿
The visit came about because owners Adrian Jones and Jackie Barton are good friends, and fellow emigres from the UK, of Richard and Emma (see my previous blog).

We visited early Friday afternoon on our way back to Perth from Busselton, their winery being near the town of Donnybrook a little way from the main wine region. We were met on arrival by their dog Mitz who has featured in the Wine Dogs Australia series. Both myself and Louise, my wife, are quite nervous of dogs but Mitz was on her best behaviour and enjoyed playing with our friends' five year old son Sebastian.

Over the next few hours we were treated to a fantastic BBQ lunch with the most fabulous wines from their estate followed by a tour of the property including the soon to be completed cellar door which they hope to have up and running  by September.

﻿
Jackie and Adrian emigrated to Australia over a decade ago, hoping for a better quality of life. Their original careers of IT recruitment (Jackie) and mining engineering (Adrian) gave them that life but they wanted to control their own destiny and so began the hunt for a business venture that would give them self sufficiency. Initial thoughts were of possibly an olive farm until a real estate agent but them on the trail of their current home and business 10 years ago. The business that we see today is a far cry from the run down vineyard they purchased which was originally started in 1978.
During the course of the afternoon we tried a number of the Barton Jones wines. In 2003 the Blackboy Ridge range was begun with an initial production of 50 cases of Semillon. The Blackboy Ridge continues to be produced offering more simple fruit driven wines in a range of grape varieties that can be drunk everyday. 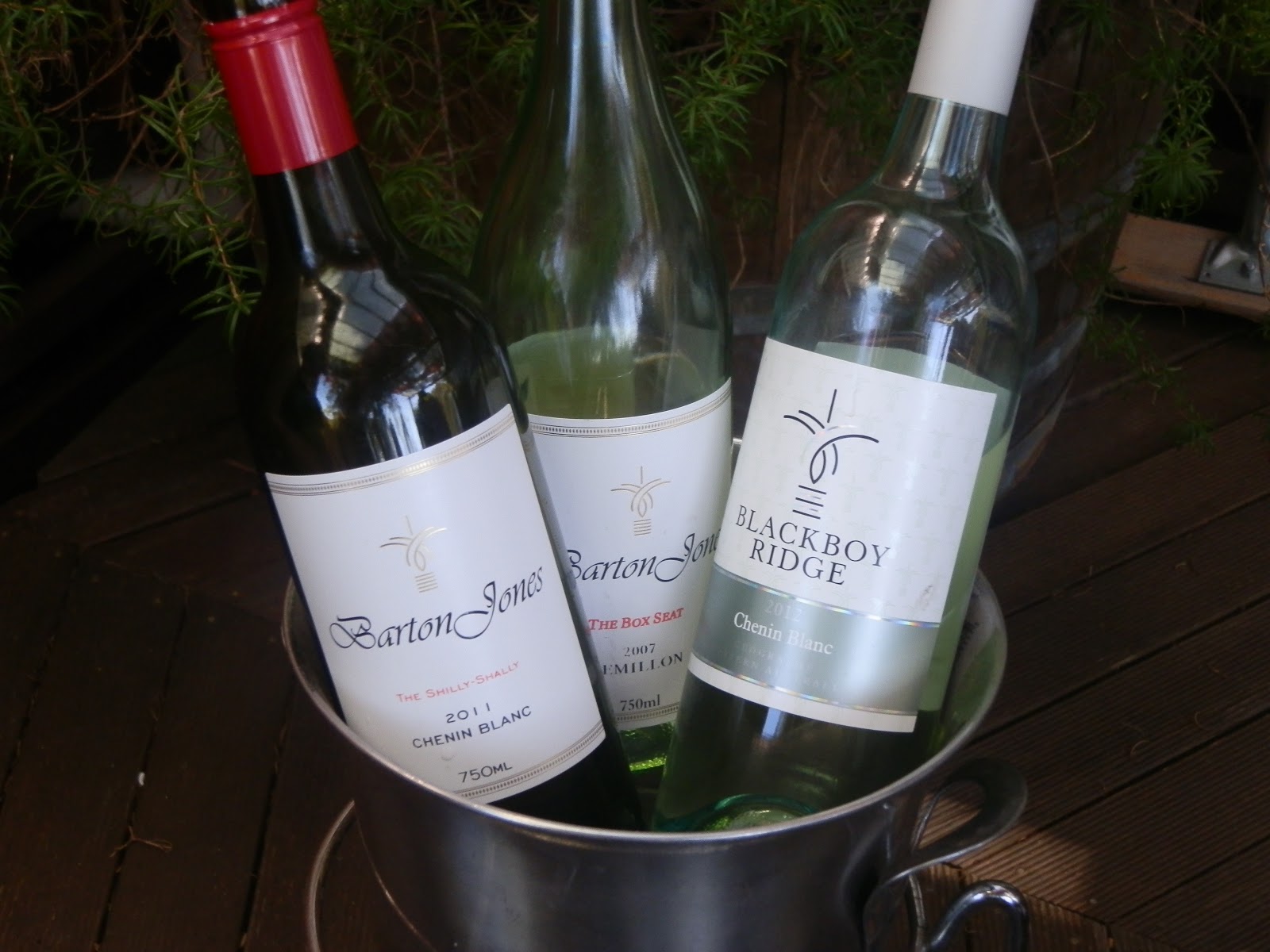 In 2007 the Barton Jones range was introduced with a more premium, wood aged style with potential for cellaring. Each of these wines has it's own 'name' such as 'The Top Drawer' or 'The Bigwig'. Nice touch and it also gives them a personality of their own. I'm not usually a huge fan of Chenin Blanc but I absolutely loved the 'Shilly-Shally'. Lovely zingy freshness but with a creamy finish reminiscent of peach or apricot. It packs a punch at 13% but I could happily sit out on a summers afternoon and drink a fair few glasses.
﻿﻿
On the red side I loved the 'The BigWig' Shiraz with its subtle spices and mellow tannins. Again, I'm not always the biggest fan of 100% Shiraz as the spice can be overwhelming for my palate but it says something for Adrian and Jackie that I thoroughly enjoyed two grapes that are not always my favourites. I should also add that Louise, who prefers lighter wines, really loved the Blackboy Ridge wines. After a long, lazy lunch we made our way down the hill to look on progress of their cellar door. The project to open a cellar door has been ongoing since 2009 and all being well will open in September 2013 when Adrian hopes to give up his commute and 4 day working week in Perth to concentrate full time on their wine business. After we were so royally looked after, I'd like to wish them the best of success in their new venture and if you're in the Margaret River region after September take a little detour to Donnybrook to check them out. It will be worth it, I guarantee it!


Next time: Birmingham School of Wine, oh and my father-in-law Rob.

Posted by Unknown at 9:40 am No comments: