Tales Of The Old Waiters' Friend

Ah, the waiters' friend. Once the most important piece of kit that any waiter, barman and especially sommelier could have in his pocket. If you're not sure what I mean I'm guessing you have not worked in hospitality. At home you might call it a corkscrew.

Whatever you call it,  for almost 400 years the corkscrew was the way to remove your corks from your wine bottles.

﻿
Actually the waiters' friend is a specific type of corkscrew, designed with a folding body mechanism similar to a pocket knife. It was conceived by German Karl Wienke in 1882 and patented in Germany, England and America.

There have been many embelishments to the original but the basic shape remains the same. And to this day it is the best way of removing any cork from a bottle. Why anyone would want to spend £140 (US$215) on a Le Creuset Wine Accessories LM-G10 Geo Lever Corkscrew just to do exactly the same job I have no idea.

﻿
Having worked in the trade over 20 years I have used and lost many a waiters friend and even today I cannot put my hand on my current one. It is probably in my draw at work. But the one I have at home was purchased from Vinopolis, the wine museum in London, over 10 years ago and has done sterling service and shows no sign of wear. But how long I will actually continue to need it for is anyones guess.

The problem with cork is that it's a natural product and therefore is prone to shrinkage, allowing oxidation of the wine and is also the main cause of cork taint. The chemistry here is quite complex so I will leave that to wikipedia but the problem of cork taint has been taxing winemakers for over 60 years. The percentage of wine affected depends on which latest study you read. It is generally agreed to be around 6-8% of bottles although other studies have it as less. A major problem no matter who you believe.

The solution to this has been the screwcap or Stelvin Closure. I love that term. If I ever get a band together I think that would be its name. And now topping the bill The Stelvin Closure. Sorry, day dreaming there for a moment. It was developed in the 1960s by French company La Bouchage Mechanique and first used commercially in Switzerland in 1972, the year of my birth. Australian winemakers soon adopted them but the general public were not so keen and even 30 years later some wine lovers dismiss wine with screwcaps as cheap. But this is a dying breed.

In recent times most, even French, winemakers have embraced the screwcap.For example in 2001 1% of New Zealand wines were in screwcap but by 2004 that was 70%. And for me, besides France, New Zealand makes the best wine in the world. Stelvin isn't completely faultless though, as it is estimated that 1 in 50,000 bottles can be affected by reduction which is the opposite of oxidation. So you still need to do a taste test at the table with your guests in a restaurant setting.

So is the end nigh for natural cork. Well not for a good while yet. Almost 69% of the world wine is still in cork although this is reducing rapidly. Also the top producers of some of the great French wines of Bordeaux and Burgundy are yet to be convinced of the ageing potential of a screwcap and are still to change. But I suspect this is only a matter of time. 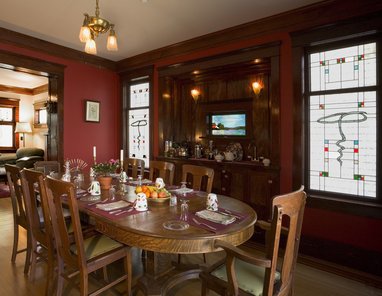 So how to enjoy the corkscrew or waiters' friend whilst it is still around. Perhaps a visit to the The Corkscrew Inn in Vancouver, Canada which celebrates every facet of the humble cork extractor. Or if that's too difficult at least visit the Virtual Corkscrew Museum. Honestly it's fun!

Next time: My local vineyard. Yes, in Wolverhampton!